We remain committed to providing a safe environment for community members with food allergies. 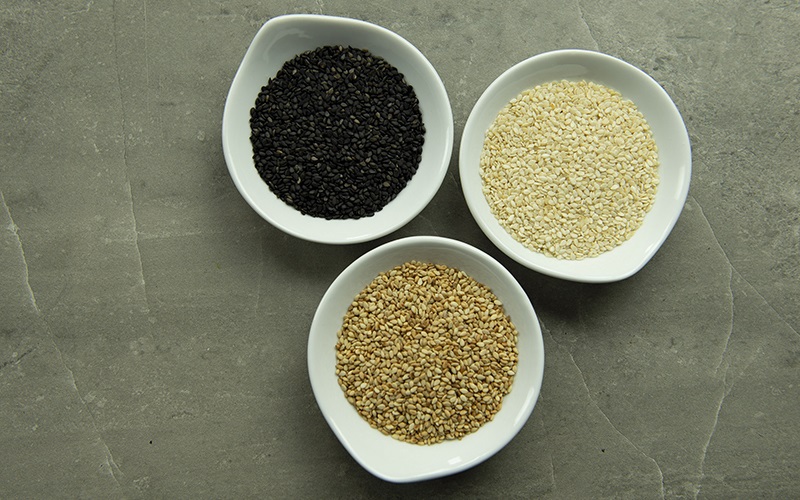 The Food Allergen Labeling and Consumer Protection Act (FALCPA) is a federal law that requires allergen labeling in the U.S. It covers the so-called big eight — milk, eggs, fish, shellfish, tree nuts, peanuts, wheat, and soybeans. When the law was passed in 2004, it stated that these allergens accounted for about 90% of serious food allergy reactions. This law hasn’t changed, but food allergies have evolved, leading many to believe that it’s time for the big eight to expand.

In October 2018, the Food and Drug Administration (FDA) asked for information about sesame allergies to assess whether they’re widespread and serious enough that sesame should be listed as an allergen on food packaging. Sesame is already recognized as a leading allergen in other parts of the world, such as Canada, the European Union, and Australia. In the U.S., sesame is hard to detect on a label because it can be listed under a different name, such as tahini or benne, or even included in the generic “spices” on the label.

The FDA request triggered more than 4,800 posted responses from academic research organizations, nonprofit organizations, children’s hospitals, those with loved ones who have a sesame allergy, and SAGE Dining Services®! We were one of only two food service providers to respond. We remain committed to providing a safe environment for our community members with food allergies. We conduct an annual survey to determine the prevalence of the 12 allergens we recognize — the big eight plus mustard, sulfites, gluten, and sesame.

Using data from several years of surveys, we were able to show that sesame allergies are on the rise in our communities and even surpassed the number of allergies to soybean — one of the big eight — in 2019. We weren’t alone in our findings. In August 2019, the Journal of the American Medical Association published a study of more than 78,000 people, with 0.49% reporting a sesame allergy. That might not sound like a lot, but that percentage of the U.S. population represents 1.5 million adults and children, securing sesame’s place as the ninth-most common food allergen in the U.S.

The FDA ruling isn’t expected soon, and some don’t want to wait. In April 2019, the Food Allergy Safety, Treatment, Education and Research (FASTER) Act was introduced in the House of Representatives. This bill would include sesame under FALCPA, improve the system for adding other allergens in the future, and fund research into the various ways that allergies affect consumers. Illinois legislators took a big step in July 2019, passing the first state law requiring that all packaged foods indicate when sesame is included. Although FALCPA is likely to preempt the Illinois law, it might provide added pressure to the FDA when considering the addition on a federal level.

While we wait for the FDA ruling on sesame labeling and the FASTER Act, SAGE will continue to provide tagging on all recipes for the 12 major allergens and continue to advocate for improved allergen labeling on a federal level.