On Our Shelves: SaltFatAcidHeat by Samin Nosrat 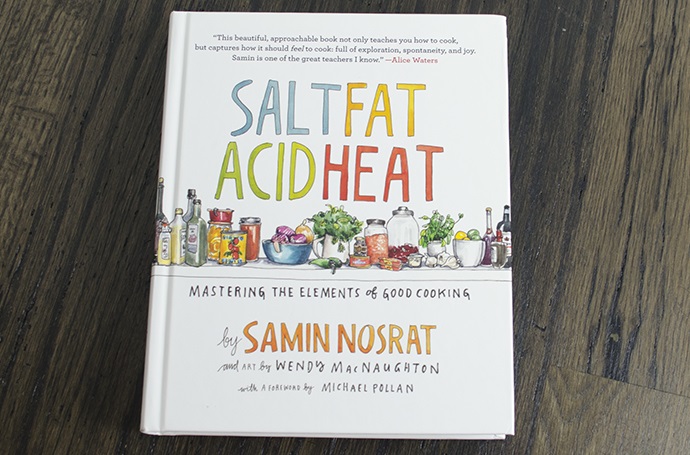 Samin Nosrat’s SaltFatAcidHeat is an engaging mix of memoir, culinary science textbook, and cookbook. A true two-for-one, it could be two entirely separate books. The first section comprises four chapters: one each on salt, fat, acid, and heat. Each chapter begins with a personal story, follows with a scientific explanation of how that element works in cooking, and ends with an application of the element to specific recipes. The second section delves into great detail on scores of individual recipes that layer two or more of the four elements. Nosrat’s stories and memories are woven throughout both sections—giving the writing color, the recipes context, and the lessons meaning.

Nosrat has us swooning over her warm, friendly prose. It’s clear from the start that she’s been there, done that, and learned a whole lot in the process—but she’s never condescending. Rather, she consistently conveys a beginner’s sense of joy and awe at the sheer miraculousness of cooking. Best of all, she’s willing to make herself vulnerable and reveal her past cooking mishaps to make you feel comfortable with your own imperfect progress.

This isn’t to say that her cookbook is all fluff and no facts; on the contrary, it’s one of the most useful, accessible cookbooks we’ve come across in a long time. You’ll learn practical must-haves, like how to break down a chicken, supreme a citrus, poach the perfect egg, and add just enough water to your rice pot. More importantly, as the subtitle promises, you’ll learn to “master the elements of good cooking.”

Although the cookbook ends with a generous collection of recipes, it still feels less like a do-as-I-say cookbook and more like a workbook where you can apply the lessons you’ve just learned. Folded into every recipe are two stories—the story of how Nosrat encountered and shaped the recipe, and the story of how you can make it your own. In other words, every recipe encourages substitution, experimentation, and personalization. And many of the recipes aren’t recipes at all—they’re choose-your-own adventure recipe quizzes; variegated color wheels on the culturally authentic use of acid, fat, and seasonings; and mix-and-match salad charts. You’ll finish this book with not only the confidence to tweak any recipe, but also the knowledge and courage to cook without one. 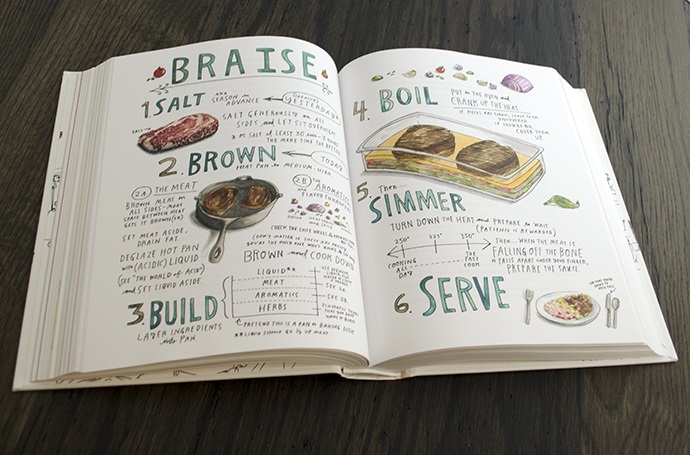 If we could use only one word to describe SaltFatAcidHeat, it’d be “empowering.” As she emphasizes in her introduction, Nosrat refuses to dictate what your food “should” look like with perfectly lit and carefully curated images, instead choosing to decorate her text with a smattering of useful charts, quirky diagrams, and exuberant watercolors to get you thinking. She takes you by the hand in prime pedagogical fashion—first explaining, then demonstrating, then sending you off practice by yourself. She creates a nonjudgmental environment where you’re encouraged to rely on your own senses and preferences. And while she builds ample scaffolding, but there are only two rules: pay attention, and keep trying. 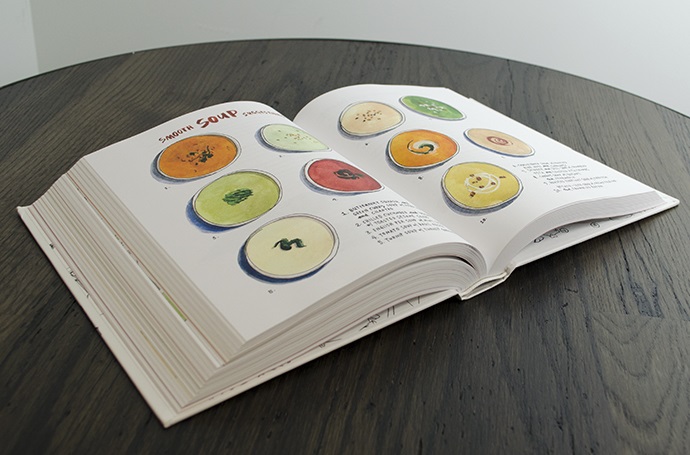 From Our Kitchen: Açai-Pomegranate Mojito Mocktail

From Our Dietitians: Nutritional Remedies for Illness