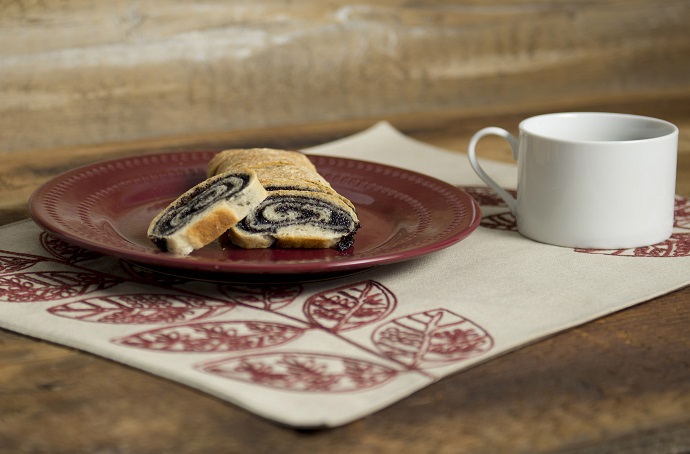 Next up in our series on international cuisine is Poland. Polish cuisine was heavily influenced by Austrian, Hungarian, Russian, Jewish, and German cooking, but there’s been a renewed interest in Poland’s own national heritage and culture since World War II. Join us as we explore the traditional Polish diet, popular dishes, eating traditions, and more!

The Diet and Popular Dishes:

Despite the wide range of food available, the country’s known best for its hearty traditional foods: soups and stews, meat and potatoes, beer and vodka, and of course, pierogi! Hunter’s stew, or bigos, is the national dish of Poland. Beet soups and cabbage rolls are popular savory dishes. Babka (a Bundt cake); makowiec (a poppyseed roll), and mazurek (a flat cake topped with nuts or jam) are popular desserts.

The flavors of traditional Polish culture have persisted despite the advent of modern refrigeration. Many foods are smoky, sour, or slightly bitter from curing, curdling, and seasoning. Their bacon and sausage—the latter of which comes in many varieties and is normally eaten cold—is cured more often with smoke than with salt. Sour milk, buttermilk, kefir, and sour cream are very popular. Dill is Poland’s most popular seasoning, but parsley, caraway seeds, marjoram, juniper berries, and red poppy seeds are also widely used.

Pork is the most popular meat, but a number of proteins are commonly consumed—including beef, lamb, duck, and goose, as well as fish from the many rivers and long shoreline. Traditional game like rabbit, pheasant, and boar are still eaten in restaurants, but rarely at home.

Foraging for a variety of wild mushrooms is common, as is foraging for honey to be used as a sweetener or distilled into a liqueur.

The rhythm and content of Polish meals derives from its early agrarian culture, when Poles woke early, worked hard all day, and went to bed at sunset. Their cooking takes time and attention—think about the slow roasting of meat and fish, the pickling of vegetables, the souring of milk and cream, the kneading of breads and pastries, and the stuffing of sausages. Despite all of this effort, they eat with relative frequency, enjoying four meals a day.

The first meal is an early breakfast of bread, jam, cheese, cold meats, and coffee or tea. The second, smallest meal of the day is properly a late-morning breakfast, but content-wise, it’s more like a small lunch of smoked meat sandwiches accompanied by coffee, tea, or milk. The third meal, dinner, is eaten in the late afternoon just after work (around 5 PM). The biggest meal of the day, it includes three courses—a thick soup or stew, meat and potatoes or pierogi, and salad. Dessert is optional, and might consist of cake with coffee or tea. The fourth meal, eaten late in the evening, is primarily cold meats.

When it comes to restaurants, Poles emphasize family and community. Typically, you’ll choose a seat rather than be seated by a host. Your meal might last several hours, as you’ll take your time and enjoy the conversation. And if you’re looking to dine out in the morning, you may be out of luck—most Polish restaurants don’t open until 9 AM because breakfast is traditionally eaten at home. An inexpensive alternative to a restaurant is a milk bar, or state-subsidized cafeteria, which many people frequent.

95% of Poland is Roman Catholic, so Easter is widely celebrated. Traditional Polish Roman Catholics will have the contents of their Easter basket—butter sculpted into the shape of a lamb, cross-shaped bread, smoked meats, salt, horseradish, and hardboiled eggs—blessed by a local Pastor. The hardboiled egg will be the first thing eaten at Easter breakfast, where it will be shared among all of the guests along with well-wishes.

From Our Kitchen: A Week's Worth of Top Allergen-Free Dinners

From Our Dietitians: Stock These Items to Eat Healthy