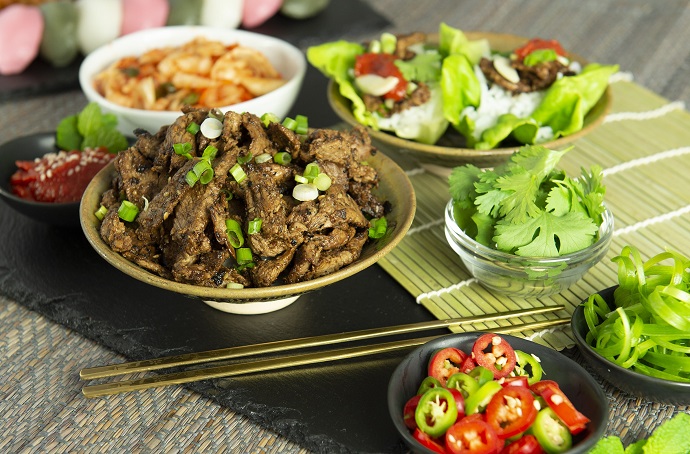 South Korea is a mountainous peninsula with cold, dry winters and hot, humid summers. Traditional South Korean cuisine is rich in grains, especially white rice, and produce, which is served both fresh and fermented (like kimchi, Korea’s national dish). Korean food is heavily spiced, often with a combination of ganjang (soy sauce), garlic, ginger, gochujang (red chili paste), scallions, rice wine vinegar, and toasted sesame oil and seeds—many of which feature in the popular dish we’re sharing with you!

Bulgogi, which is Korean for “fire meat,” is thin strips of beef that are marinated for several hours for tenderness and flavor before being quickly grilled. It’s usually served alongside steamed white rice and lettuce leaves. The meat and rice are placed in a lettuce leaf, topped with kimchi and gochujang, and then rolled tightly and eaten with the hands—in just one bite, according to Korean tradition. Texture and contrasting flavors are important to Koreans— notice the juxtaposition of crisp lettuce, chewy rice, and tender meat, as well as sweet influence of pears in the marinade and the fiery burn of kimchi.

To complete your Korean meal, offer water and tea as beverages, and choose fresh fruit for dessert. 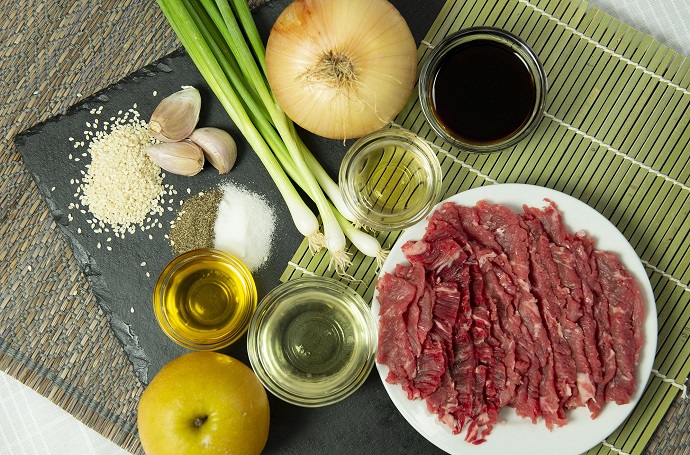 Preparation:
Step 1: Mince the pear.
Step 2: Whisk together all ingredients except beef and green onion.
Step 3: Pour marinade over beef tips and marinate 2-4 hours.
Step 4: Remove beef and discard marinade.
Step 5: Heat one tablespoon vegetable oil in a large skillet over medium-high heat. Remove half of the meat from the marinade and cook in a single layer without moving until lightly browned, about one minute.
Step 6: Turn meat and continue to cook, turning occasionally, until cooked through and crisp at edges, about 3 minutes. Transfer to a plate.
Step 7: Repeat with remaining vegetable oil and meat.
Step 8: Garnish with green onion. 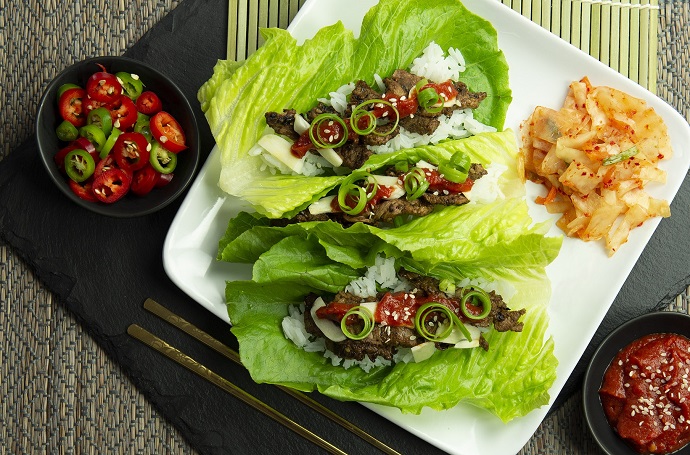