From Our Dietitians: Is Sea Salt Worth Its Salt? 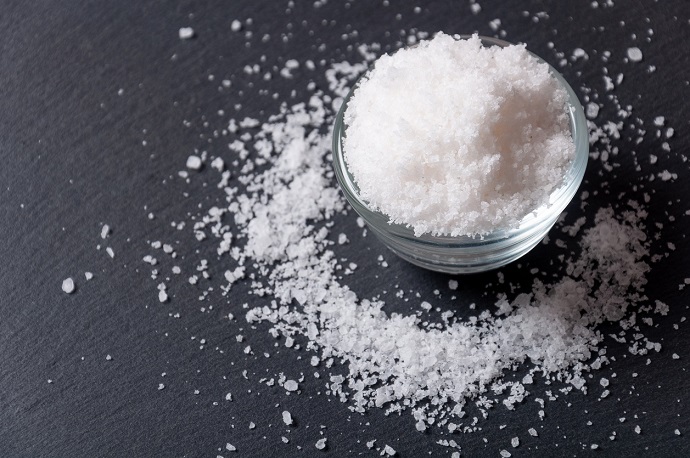 “Is sea salt healthier than table salt? If so, should we swap them in all our recipes?”

We weren’t entirely sure how to answer this question from one of our communities, so we did what we do anytime we’re curious about a trending ingredient or nutrition topic — evidence-based research!

We found that the main difference between sea salt and table salt is how they’re produced. Sea salt is made by evaporating water and minimally processed to retain trace amounts of minerals. Table salt is mined from underground salt deposits and processed more heavily to produce fine granules, which removes most of the trace minerals. Table salt may include anti-clumping additives to make it easier to mix into recipes. Iodized table salt also includes iodine, a mineral necessary for proper thyroid function.

Although sea salt has a reputation for being lower in sodium than table salt, both contain about 40% sodium by weight. The difference is in their crystalline structures because of the sourcing processes described above. Because sea salt crystals are larger than table salt crystals, fewer fit in the same amount of space — a teaspoon, for example. While 1 ounce of table salt by weight has the same amount of sodium as 1 ounce of sea salt by weight, a teaspoon of sea salt has about 25% less sodium than a teaspoon of table salt.

When choosing which to use in your own recipes, consider each salt’s unique characteristics and any additives. With its coarse texture and strong flavor, sea salt works well as a finishing salt. Think about how a sprinkle of sea salt enhances the sweetness of a chocolate chip cookie. On the other hand, table salt’s fine texture and anti-clumping properties help it mix smoothly into a variety of recipes — without any off-putting, salty clumps! Comparing costs, sea salt tends to be much more expensive than table salt — $0.12 per ounce versus $0.04 per ounce from the same brand.

So, is sea salt worth the hype? From a nutritional and financial standpoint, not so much. From a culinary standpoint, it depends on the dish. At SAGE, we use a combination of sea salt and table salt to craft delicious, well-seasoned dishes!

From Our Dietitians: Trending Oils