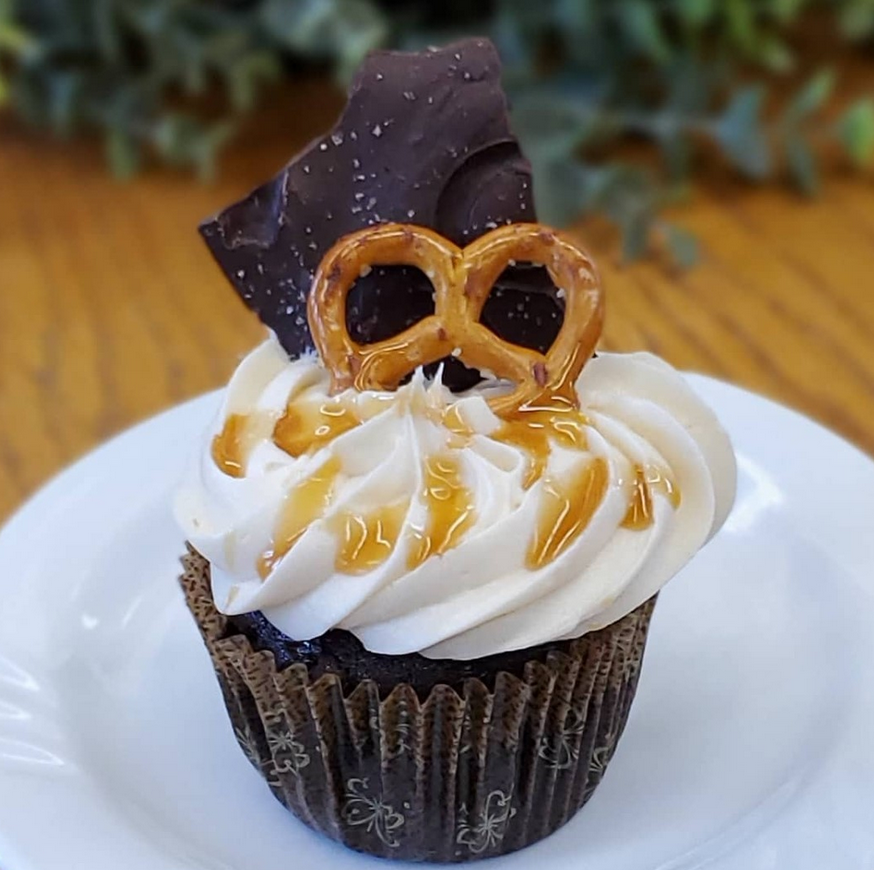 To treat communities at the end of the school year, our teams competed in the SAGE Cupcake Challenge. Check out their creations on Instagram! Here are the most popular ones, which we’re adding to our Recipe Collection:

Now it’s your turn — make your own cupcakes with homemade buttercream to get a sweet start to your summer! At its simplest, buttercream is butter and sugar mixed until fluffy and smooth. You can make it by adding a sweet base, such as sugar or pastry cream, to beaten butter. You could also add cubes of butter to a sweet egg-foam base, such as meringue.

These eight distinct types of buttercream each have a different flavor and consistency:

American buttercream, also known as simple buttercream, is a 2:1 ratio of powdered sugar to butter, vegetable shortening, or another fat. Once whipped, these ingredients form a thin surface crust, making this variety a good choice for creating intricate cake designs and piped decorations.

Ermine buttercream, which is also called boiled milk frosting or flour buttercream, requires cooking milk, flour, and sugar to a thick pudding consistency. Whipped butter then joins the mixture for a less sweet, butter-flavored frosting. This was the original topping for red velvet cake and works best with desserts that don’t require a smooth frosting finish.

German buttercream incorporates a pastry cream base into whipped butter. It has a light yellow color and silky consistency, and it’s typically a cake filling or cupcake topping.

Russian buttercream combines sweetened condensed milk and whipped butter. It’s simple to make and is easy to pipe for decorating.

French buttercream is prepared the same as Italian buttercream, but it uses egg yolks in place of egg whites, giving it a yellow hue.

Korean buttercream is a relatively new variety and is also styled after the Italian buttercream method. By using cold cubed butter instead of softened, this buttercream takes on a glossy appearance and makes beautiful, realistic-looking piped flowers.

Swiss meringue buttercream begins with egg whites and sugar whisked over a double boiler to 160°F. The next steps are to whip the mixture to a meringue and add butter. This soft, silky frosting creates a smooth exterior on frosted cakes.

Whatever the type, buttercream is a wonderful way to decorate, fill, and flavor cakes and cupcakes. You can also enjoy it on its own as a delicious treat. Use our recipes as a fun family project for the summer!

Step 2: In a medium bowl, whisk the flour, baking powder, and salt. Set aside.

Step 3: In the bowl of a stand mixer fitted with the paddle attachment, beat the eggs and sugar until light and foamy, approximately 2 minutes. Gradually blend in the butter and vanilla.

Step 6: Bake for 20-25 minutes or until a tester inserted in the center of a cupcake comes out clean. Cool in the pan for 10 minutes. Remove and cool completely on a baking rack before frosting.

Step 1: In a stand mixer fitted with a paddle attachment, mix the butter on medium speed. Slowly add the sugar and mix until blended and soft.

Step 2: Switch the paddle to a whisk attachment.

Step 3: In the mixing bowl, slowly add the hot water and vanilla. Continue mixing until combined.

Step 4: Mix on high speed until light and fluffy. If desired, add food coloring to the frosting and stir until it’s the shade you want.

Step 1: Bring a pot of water to a boil, then turn down to a simmer.

Step 2: In a bowl, whisk the egg whites and brown sugar. Place the bowl over the pot, making sure it doesn’t touch the water.

Step 3: Whisk the mixture constantly until the temperature reaches 155°F.

Step 4: Remove the bowl from the heat. Transfer the mixture to the bowl of a stand mixer fitted with a whisk attachment. Whisk on high speed until the eggs are cooled and the meringue is whipped to stiff peaks.

Step 6: Use immediately or place in your refrigerator until ready for use, then allow the buttercream to reach room temperature and whip it again in a mixer before frosting.

Step 1: In a stand mixer fitted with a whisk attachment, whip the butter until pale yellow and fluffy.

Step 2: Add the vegetable shortening. Whip until incorporated and fluffy.

Step 3: Add the vanilla and condensed milk. Whip on medium speed until the mixture has increased in volume and is fluffy again.