Summer Program Feature: A Path to Success at GFS 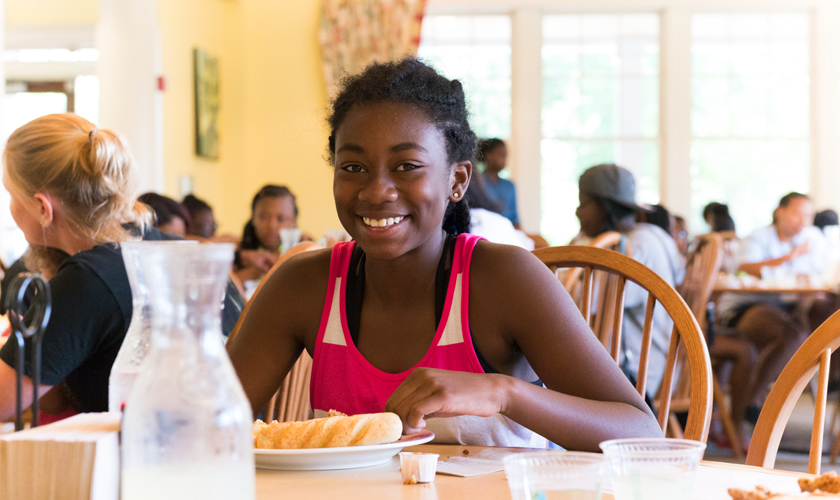 Some seventh-grade girls spend their summer afternoons with friends on the beach, chasing the sweet spot between a summery glow and a sunburn while reading their favorite author’s newest novel. At Garrison Forest School in Owings Mills, Maryland, a group of girls rests their heads on their desks while the lively intonations of an audiobook reverberate through the darkened classroom. When the tape clicks to a stop, the instructor flips the lights on and the girls lift their heads. Then...

Nutrition, Sustainability, From Our Kitchen

[caption id="attachment_5632" align="alignright" width="300" caption="Farmer Shane Hughes with some of his cattle at Liberty Delight Farms."][/caption] Or, perhaps a more appropriate question is, where's the beef from? It's so important to know where your food comes from, and what's in it. Across the United States, SAGE works with farmers to bring locally raised beef, chicken and produce to the schools we serve. One such partner is Liberty Delight Farms, a family-owned and operated business in Reisterstown, MD. Their Simmental...

A Reception Fit for a Prince