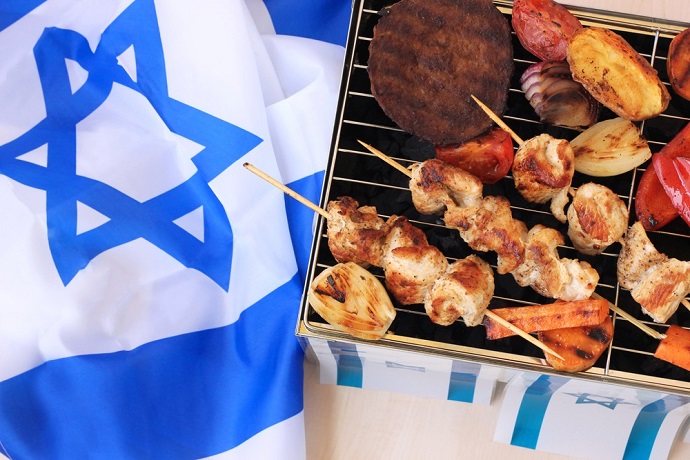 Our mission is to create exceptional dining experiences that delight the senses, inspire minds, and foster community. Fostering community means many things, including understanding and teaching about different eating patterns.

In this three-part series, we explore halal and kosher dietary laws. While many people associate the two because they are both used by religious groups and forbid consuming pork, there are key differences that we'll explain. Here we explore kosher.

What does kosher mean?
The term kosher refers to food prepared in accordance with the Jewish dietary laws known as kashrut. Not all Jewish people follow these rules, and degree of adherence varies.

What are some of the laws?
One of the most well-known laws is the separation of meat and dairy during food production. This separation must be maintained during storage, preparation, and serving of food. If a kosher food comes in contact with a non-kosher item, it renders it non-kosher. Kosher slaughter, shechita, is another dietary law that dictates how an animal is to be killed. Part of this law requires a trained Jewish person, a shochet, to slaughter the animal by specific methods.

What do the kosher labels and symbols mean?
A symbol, hechsher, may be used to designate a food as kosher and the symbol used depends on the organization granting kosher certification, of which there are over 1,000 worldwide. A common symbol is the letter U inside a large letter O, which signifies certification by the Orthodox Union, one of the largest organizations supervising kosher labeling. The Parve/Pareve symbol labels the food as “neutral,” meaning it does not contain any meat or dairy.

What are examples of non-kosher (i.e., trief) foods?
Fish without scales and fins (e.g., catfish), insects, mollusks, pork, rabbit, shellfish, as well as milk and meat together, are trief.

What are some complications of keeping milk and meat separate?
Beef stroganoff, buttermilk fried chicken, cheeseburgers, chili cheese dogs, and cheese made with rennet (a calf-stomach enzyme that curdles milk) are off-limits.

This separation can mean a real financial and time commitment. People who keep kosher often invest in separate cookware, tableware, and flatware for meat and milk. Additionally, they need to wait up to six hours after a meal containing meat to consume a meal with dairy.

How are laws different for Passover? What about fasting?
Passover is a Jewish holiday that falls in March or April. Passover has a unique set of dietary rules, including the exclusion of leavened foods containing any wheat, rye, barley, oats, or spelt. Foods that meet the rules of Passover will be designated as “kosher for Passover” or labeled with a single letter “P.” Fasting is an important part of many Jewish holidays, particularly Yom Kippur, which falls in September or October. Fasting is not expected of children before they are bat or bar mitzvah (12 for girls and 13 for boys).