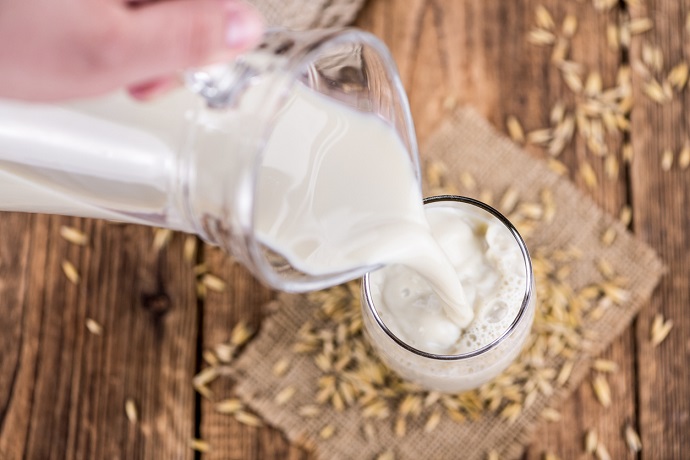 Welcome back to our ongoing series about food additives! We’ve already reviewed common additives starting with A and B. Now, let’s look at the C list.

A chemical compound that occurs naturally in rocks, eggshells, and oyster shells, calcium carbonate is useful on its own as a calcium supplement and an antacid. It’s also one of several food-fortifying forms of calcium, along with calcium citrate and calcium lactate. Calcium carbonate can act as a white food coloring, anti-caking agent, and stabilizer. You might see it in plant-based milks, cereals, dried fruit, and processed meats. There aren’t any known health concerns for this widely used additive.

Carrageenans come from edible red seaweeds and bind easily to food proteins. They’re commonly used in foods as gels, thickeners, stabilizers, and a vegetarian/vegan alternative to gelatin. The three main kinds of carrageenen additives have different purposes based on whether they form firm gels, soft gels, or thickeners. There are conflicting opinions about whether carrageeenan is safe as a food additive. The Food and Drug Administration (FDA) has approved it, but the National Organic Standards Board — which recommends acceptable ingredients for USDA Organic certification — has removed it from the approved list. Some forms of carrageenan have been linked to having an upset stomach, inflammation, and some forms of cancer, but the studies showing these outcomes used a different form of carrageenan from the kind that goes in food.

In addition to causing the tart taste in citrus fruits, citric acid can be a preservative, flavoring agent, and emulsifier. It’s now made synthetically because it’s so common in foods, including sodas, candies, frozen foods, canned fruits and vegetables, some dairy products, and some supplements. With no widespread reported health concerns, citric acid has Generally Recognized as Safe status from the FDA.

Keep checking sagedining.com/blog for the rest of this series — we’ll focus on D additives next!

(Not) on the Road with RDs: FARE’s College Summit