FROM OUR DIETITIANS: Making the Case to Add Sesame to the List of Major Food Allergens in the U.S. 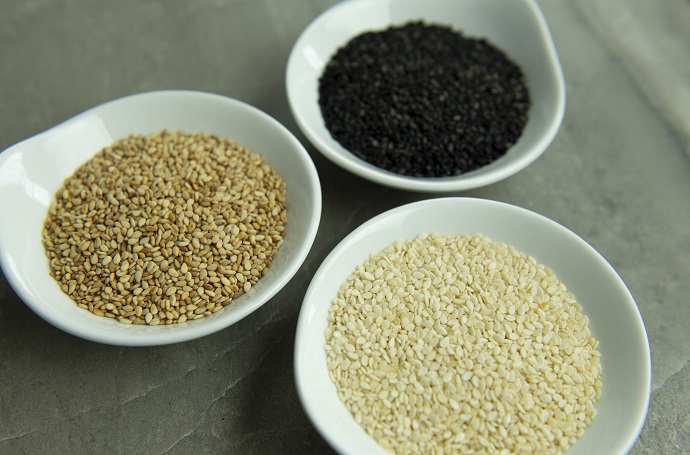 As a dining service that primarily serves children ages 5-18, we know firsthand about the severity, prevalence, and rising incidence of food allergies among young people. And we know that for people with food allergies, clear and accurate labeling is a life or death issue.

According to the Food Allergen Labeling and Consumer Protection Act of 2004 (FALCPA), the U.S. Food & Drug Administration (FDA) identifies the eight most common allergenic foods as milk, eggs, fish, crustacean shellfish, tree nuts, peanuts, wheat, and soybeans, because these foods “account for 90 percent of food allergic reactions.” The law requires that labels must clearly identify the food source names of all ingredients that are, or contain any protein derived from, these major food allergens. Mandatory labeling for these top allergens is important, and we believe sesame should be added to this list.

Since 2015, we’ve surveyed our client populations annually about food allergies. In our most recent surveys, we found the following trends regarding sesame allergies:

We’ve also found that sesame can be included in generic terms on labels, such as “spices,” “natural flavorings,” and “seeds” as well as benne, gingelly, and tahini. Clear and mandatory labeling can reduce or eliminate confusion, accidental exposure, and significant risk to those affected by sesame allergies.

This past October, the FDA sent out a request for data and other information on “the prevalence and severity of sesame allergies in the United States and the prevalence of sesame-containing foods sold in the United States that are not required to disclose sesame as an ingredient.” This request was dispersed to “inform possible regulatory action on sesame to protect and promote the public health.”

We responded to the FDA’s request for data, sharing the trends we’ve seen in our communities. We concluded with this statement:

As this data indicates, we’ve seen a demonstrated increase in the prevalence of sesame allergies in the school communities we serve over the past three years. Clarity in labeling is needed to protect those impacted by this allergy. Feeding food-allergic children is a tremendous responsibility, and it’s one we take very seriously. We encourage the FDA to recognize sesame as a major food allergen and to require clear labeling of sesame on all food products.

We’ll continue to monitor any future regulatory action the FDA might take regarding sesame and will keep our communities informed.

Sourcing A Favorite Fish for Health and Environmental Benefits